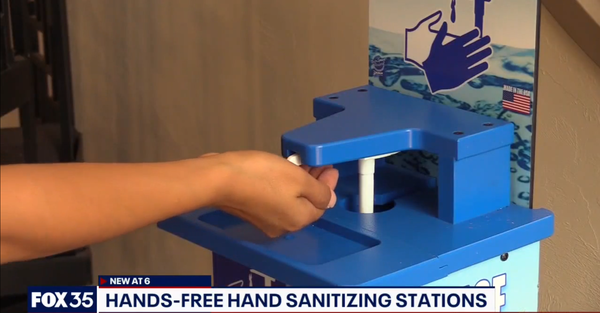 It has been producing touch-free hand sanitizer stations. President Jack Cook said they have shipped 800 around the world.

“Completely hands-free. You don’t have to touch anything, which was a huge selling point with our unit,” he said.

“It’s just the betterment of not only our community but worldwide with these now,” said owner Jojo Mialki.

He said the dispenser is helping with his overall safety goal.

“To give my customers some peace of mind... without them, we couldn’t be who we are,” he said.

“I think the people who wanna spend the money do it right protect their customers have a nice unit,” said Cook.