From the makers of Whac-A-Mole: Hands-Free Sanitizer Stations

The sanitizer stations are operated by a foot pedal. They have quickly become the arcade game maker’s new top-selling product. Since the Hands-Free Sanitizer Station’s launch in mid-May, the company has sold nearly 800 to customers throughout the world.

Retail prices for the company’s new sanitizer stations range from $595 for a base model to $850 for one that comes with custom art that can include the name and logo of the business.

Discounts are currently available to Volusia County businesses and members of the Volusia Manufacturers Association.

“Our customers and our employees really like it because you don’t have to use your hands to operate it,” Mialki said. “And because it’s refillable, every day we can top it off with more sanitizer solution as opposed to waiting until the entire container is empty.”

Cook’s wife Glenda, the CEO of Bob’s Space Racers, came up with the idea for Hands-Free Sanitizer Station.

“In the matter of two weeks (in late March) every customer we had throughout the world was closed down,” said Jack Cook of the amusement parks and arcades that make up the bulk of traditional customers for Bob’s Space Racers. “We thought what can we do to work in the PPE (personal protection equipment) industry to keep busy and how can we use our existing facilities to do something we’re good at?

“Glenda came up with the idea for this sanitizer after looking at what was out there and seeing what a terrible job everyone was doing,” he said.

Most hand-sanitizer dispensers require the use of a hand to operate it. In some cases, the amount of sanitizer solution comes out in a big glop that can create a mess, he said.

“Hands-free was the big thing for Glenda,” Jack Cook said. “She didn’t want to have to touch anything.”

Glenda Cook is the daughter of Bob Cassata, the namesake and retired founder of Bob’s Space Racers.

The company’s sanitizer stations can be adjusted to produce 4,000 to 8,000 pumps of solution per gallon. Most sanitizer dispensers available on the market produce only 1,000 to 1,500 squirts, Jack Cook said.

The company’s sanitizer stations also come with a removable shelf for easy cleaning. The stations also are entirely mechanical and do not require batteries or electricity to operate.

“It’s really for anybody in a high volume area or for someone who wants a no maintenance, hands-free, safe solution for their employees and customers,” Jack Cook said.

The company is in the process of applying for a patent for its Hands-Free Sanitizer Stations, he added.

Bob’s Space Racers also sells its own line of hand sanitizer solution, which retails for $47.50 a gallon.

Jack Cook said the company ran into an unexpected obstacle early on: a shortage of plastic jugs.

“Fortunately, we were able to pick up a whole load of empty jugs in Virginia,” he said. “This sanitizer business is crazy.”

Jack Cook said more than half of the sanitizer stations the company sells are to customers who want them custom decorated. Bob’s Space Racers has its own in-house art department.

In one case, the customer did not want his company’s name on it. Instead, he wanted a depiction of an early 20th Century nurse, Jack Cook said.

“At BSR (Bob’s Space Racers), we can build anything. We have electronics people that design boards, carpenters, laminators, plumbers, electricians, we have sheet metal people. We have every trade there is.”

The company laid off 18 workers two weeks ago because of the sharp drop off in arcade game orders.

Jack Cook said he and his wife expect to be able keep their remaining workforce at its current level thanks in large part to the growing demand for its sanitizer stations. Most of the parts are produced in-house.

“It was a great pivot for them to be able to save their business,” said Jayne Fifer, CEO of the Volusia Manufacturers Association, of the decision by Bob’s Space Racers to switch to making sanitizer stations.

“It’s an example of change your business model or die. It also shows the resiliency of our American manufacturers,” she said.

But there is no predicting how long theme parks can stay open without a vaccine for COVID-19, he acknowledged. A vaccine is not expected to become available until next year at the earliest, according to health experts.

“I originally thought we had a two-week problem when the coronavirus pandemic began,” he said. “Then it became two months and then four months. Now I don’t know.

“This year is our 50th year in business. This has been a heck of a birthday present.”

The above story appeared in the Daytona Beach News-Journal - news-journalonline.com 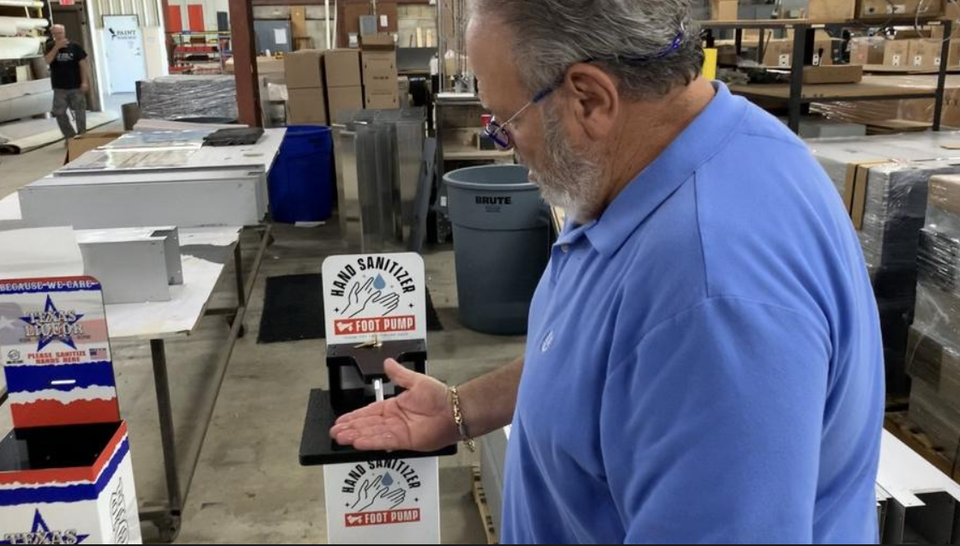 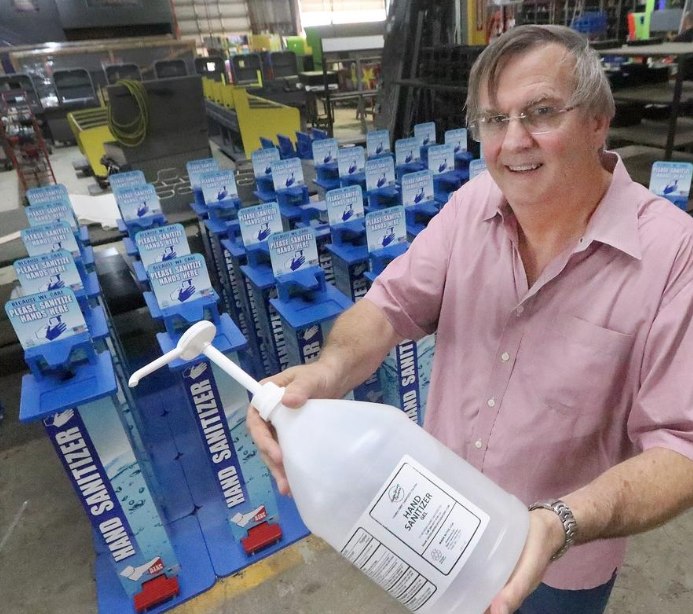